A skeptical more or less activist and evidence based health policy advocate’s views, comments and opinions on the many inroads journeyed by The Enemies Of Reason.

Like most Australians I support equal rights and equality in marriage. That this nation continues to deny and not celebrate such a basic human reflects most poorly upon us.

Like many Australians I reckon equal and human rights must be extended to all refugee arrivals.

Refugees are not ship loads of illicit drugs – which flow virtually unimpeded onto our soil daily. They are human beings and the issue is one of human rights, not border security.

Speaking of drugs (and users) we have fallen way behind our world leading policy dynamics of the 1980’s and early 90’s. A massive escalation of Harm Reduction is now required.

Aussies should not be held to ransom by a minority of conservatives intent on imposing their restrictive, retributive and bigoted will on the larger community.

Political leaders must stand not only for achieving what they believe is right: achievable through their own design. They must manifest the strength to potentially forego power in the pursuit of what is right for all of Australia – for humanity.

Political power should not depend upon any manner of prejudice, nor be shaped by fear to implement progressive policy. By definition this is not leadership, but mimicry.

We are Australians. We are unique. We have well earned the right for our voice to be heard globally. Australia’s diversity demands tolerance and her diverse public deserves its embrace.

Our leaders must speak, not echo. They must show vision, not reflection. They must step forward, not follow. They must stand firm, not waver. They must know how to cooperate, and not be contrary. When to acquiesce, and not argue. To accept and not deny.

For the betterment of our nation and as an example to all, we must be the Australia that supports equality in all its forms.

Racial, sexual, religious and marital discrimination should no longer be drivers of power. Nor should the demonisation of science and the promotion of pseudoscience be protected under the guise of education.

To the crimes against humanity, it is incumbent upon us as oath takers, advocates of neutrality, professionals and ethicists to note one more: the intentionally malignant anthropomorphism of “science”.

Science is the vehicle that freed us from the struggle to survive so completely, we have forgotten this singular gift.

To demand that affluent society must now see science as a lumbering, monstrous, evil, sentient agent with the single aim of polluting human nature is puerile, ideological, mischievous and markedly in error. 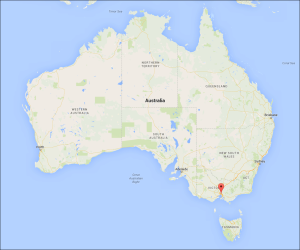