A mere 15 days ago we had a look at the fact Consumer Protection in W.A. was investigating the Australian Vaccination Network as reported in The West Australian.

Along with an example of Meryl’s economic use of facts to construct fallacies it included this flyer given out during Dorey’s Supercalifragilistichomeoprophylaxis W.A. Tour 2011. Of course if you click, it will embiggen itself. We are interested in the far left panel. Yes, that’s correct that 33.3% of that side of the flyer. One third as it were. Under Become A Member Or Donate.

It’s awfully interesting because when the OLGR revoked the AVN’s charitable fundraising licence they mentioned that the AVN – which basically means Meryl Dorey:

… is not entitled to accept donations from members of the public via any method of collection including face-to-face and online appeals. AVN is not prevented from receiving donations from its members as this is not considered fundraising for the purposes of the charitable fundraising legislation.

Dorey aka the Australian Vaccination Network was also prevented from taking new memberships when the revocation came into effect. At first glance this may seem strange, but the OLGR is there to protect the public from charity fraud amongst other things. As the AVN had refused to comply with HCCC demands to warn the public about it’s antivaccination stance, the OLGR took the view that receipt of monies could not be judged to occur in good faith. Ergo, purchasing a new membership could feasibly be done under the stupendously erroneous belief that the AVN was presenting accurate information.

The wording of the OLGR revocation is clear in that Dorey is forbidden to conduct fundraising. The above flyer is directly soliciting for donations and membership. The OLGR’s definition of a fund raising appeal is:

The soliciting or receiving of any money, property or other benefit from the public constitutes a fundraising appeal if a representation is made (this may be implied) that the appeal is for a charitable purpose or for the support of an organisation having a charitable object.

An appeal may take a variety of forms — donations, sponsorship, telethons, the conduct of lotteries and competitions, the supply of food, entertainment or other goods or services, or in connection with any other commercial undertaking. A membership drive undertaken by an organisation is a fundraising appeal if one of the objects of the organisation is a charitable object.

The term is not limited to simple collections from the public.

If you have embiggened you’ll notice that (apart from charging $15 per head for attending her seminar), that the options for donations and membership include:

My understanding is that any number of people may have queried the legality of this grab for cash, not least because Living Wisdom is several editions behind and may not rear it’s woo again. The initial news item that Consumer Protection was “investigating” the AVN came from Cathy O’Leary. Meryl, calling herself a “Consumer Watchdog Advocate”, emailed her list subscribers on November 12th with the following media release. It wasn’t actually released in any media, but was emailed to Media Watch where it was seemingly ignored. So I guess it’s just an email.

Basically Meryl is trying to sully Cathy’s reputation by alluding to a Media Watch article on O’Leary. Needless to say this has no bearing whatsoever on the content, accuracy or implications of her article Anti-vaccination Group Under Scrutiny. In part O’Leary wrote:

Notice Dorey does not actually refute the claim of asking for donations. Rather, she refutes the claim of there being an investigation. Dorey claims to have contacted Consumer Protection who “confirmed” this. She also makes the claim of discovering that Cathy O’Leary is a sole complainant – also “confirmed”. That strikes me as unusual. O’Leary did not lodge any complaint.

So in effect this “media release” is just another falsehood created by Meryl Dorey. It also goes on to say she filed complaints with MEAA and the Press Council. No-one cared. A “nameless” ABC contact suggested sections 1 and 5 of the Journalists Code of Ethics had likely been breached, Dorey thundered. Nothing happened. I do know that Cathy O’Leary is one of Australia’s most loved journalists since reporting on the AVN. Perhaps that was the real problem.

As for likening four small paragraphs in The West Australian to the News of the World’s demise and the scandalous abuses involved one can only call our new advocate for consumer watchdogs (which is what I presume a Consumer Watchdog Advocate is) quite deluded.

More to the point it seems things didn’t go to plan in dismissing this caper as the dastardly work of one journalist. Today on Facebook Meryl Dorey blamed volunteer group Stop The AVN for pretty much the same thing. Does she even pay attention? Apparently not. It seems the penny has dropped regarding being caught out asking for donations and more, a full 16 days since Cathy O’Leary’s article. Or perhaps some type of mail arrived? If so, I wonder if the word “investigation” was used.

Pleading innocence Dorey claims this flyer was inadvertently handed out at The Conscious Living Expo in Perth where they were being given away “for free”. Yes, free! Wow that’s mighty generous. You see, the requests for donations and option for membership had been crossed out with a “black texta”.

Stop the AVN, in their usual vile manner, is in the process of filing complaints everywhere they possibly can, saying that we took donations or memberships whilst we were out in Western Australia. Their evidence is a flu vaccination flyer that was supposedly handed out at the Conscious Living Expo. This flyer was being given away for free (we have updated the flyers to change the membership information – all the other information is unchanged).

I had crossed out the membership / donation information in black texta but either the person from SAVN who picked one up at our stand got one that had been missed or else, they were using an older copy that was not blacked out – because when these forms were originally printed, we were still able to take members and accept donations from the general public.

How absolutely amazing. What are the odds, eh? It’s all an oversight. A complete fluke that someone happened to pick that one up. Stupid, stupid Texta. Just another little error. Like with the OLGR. Saying 23 breaches of the Charitable Fundraising Act is so excessive as Meryl pointed out last October. Just little errors:

… the simple errors …errors which any small, volunteer-run organisation can and does make

She continued on with Textagate:

As I have said numerous times, both here on Facebook, in our magazine and in other locations as well as at my seminars, the AVN is not allowed to take on new members or donations from non-AVN members because this group and various government departments have blocked that in an attempt to – as they say – stop the AVN. The fact that this assault on our freedom of communication has been allowed is a black mark against Australia and proof that it is very far from a democracy. […]

in (sic) the meantime, as much as I hate to respond to those horrible, abusive, heartless people who do not care one little bit about your children who have been killed or injured by vaccines, it was necessary to do so because they just love to sling the mud around and I value the trust and respect of our AVN members. 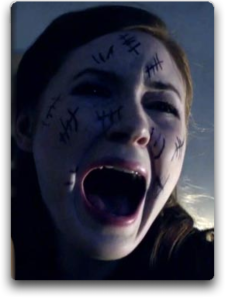 Is anyone keeping tally on the lies?

“… I value the trust and respect of our AVN members”. Gosh. Have I been a bit harsh judging Meryl as ripping off AVN members? What comes next?

If you believe that what is happening is wrong. If you think that the government should not be trying to shut the AVN down and that groups like SAVN that are – let’s face it – not information groups but simply hate groups who don’t want you to have the right to make informed health choices, then please support us with your subscription and / or by purchasing books. Use this link – (link here) to read our recent newsletter and then, subscribe as a digital, hard copy or professional subscriber. If you are already a member, please renew.

Spend as little as $25 to strike a blow for freedom and if you have friends or family or clients who you think would like to know about this issue, please sign them up for a gift subscription for as little as $25.

Hmmmm. Apparently not. Emotion, conspiratorial plotting, callousness toward your children[s] vaccine injuries/deaths and then more pleading for money via the incredibly inflated AVN Shop or the non existent hard copies of Living Wisdom. A link to AVN rubbish packaged as Christmas goodies. Would anyone fall for that?

Thank you? Really? Thank you!? Sigh…

What do we see above? On the one hand Dorey attacks a journalist for (supposedly) complaining about her, “giving out brochures asking people to donate to the group” at W.A. seminars. Dorey at no time refutes this. Then suddenly when aware of presumably more complainants she has a ready excuse. A Texta no less. With this Bart Simpson excuse she vilifies those who would challenge her antivaccination message, places herself so far above the law as to ridicule Australian democracy then asks for even more money. I’ve no doubt that stash of flyers has a bunch nicely blacked out in Texta now.

More to the point as well as being duped by Meryl Dorey, once in her clutches existing members (financial or group) are the target of back to back scams. Dorey invents stories that are designed to keep alive the myth of regular vaccine injuries, big brother callousness and abuse of your steadily eroding civil rights, along with the terror of mandatory vaccination. In this scam Dorey invents fictitious nurses that she diagnosed via Google with Lupus Panniculitis, brought on by compulsory HBV vaccination. What can members do? Why, donate their Maternity Immunisation Allowance of course. And why do this? Well fictitious members are already doing so because:

…without the AVN’s lobbying Parliament to get legislation put through to ensure their rights to government entitlements, they wouldn’t have this money or the Childcare Allowance anyway so they felt that we deserved part of it for our support of them.

Which is all a load of fiction in itself. Dorey and the AVN have no history of lobbying beyond writing offensive and ranting letters. Manipulation of emotion and embellishment are constant features in her scams. Donors never receive updates or breakdowns of where this money goes. This advertisement scam and this absconding family scam are two the OLGR confirmed raised money that vanished into Dorey’s pockets. In fact check page 81 of Ken McLeod’s comprehensive Meryl Dorey’s trouble with the truth part 3 to note:

A calculation of the total amount raised from all these appeals and scams, and others not mentioned here, approaches $500,000. None of it was processed according the relevant NSW legislation; where did it go?

In my mind it’s very clear who is vile, hate filled and cares naught for children.

I don’t believe her for a second.

PS: Do pop over to the site by @reasonable_hank, who had earlier published on Textagate. I mean, it’s not until you actually see a flyer with all that Texta….

5 thoughts on “Textagate: telling lies can be profitable”